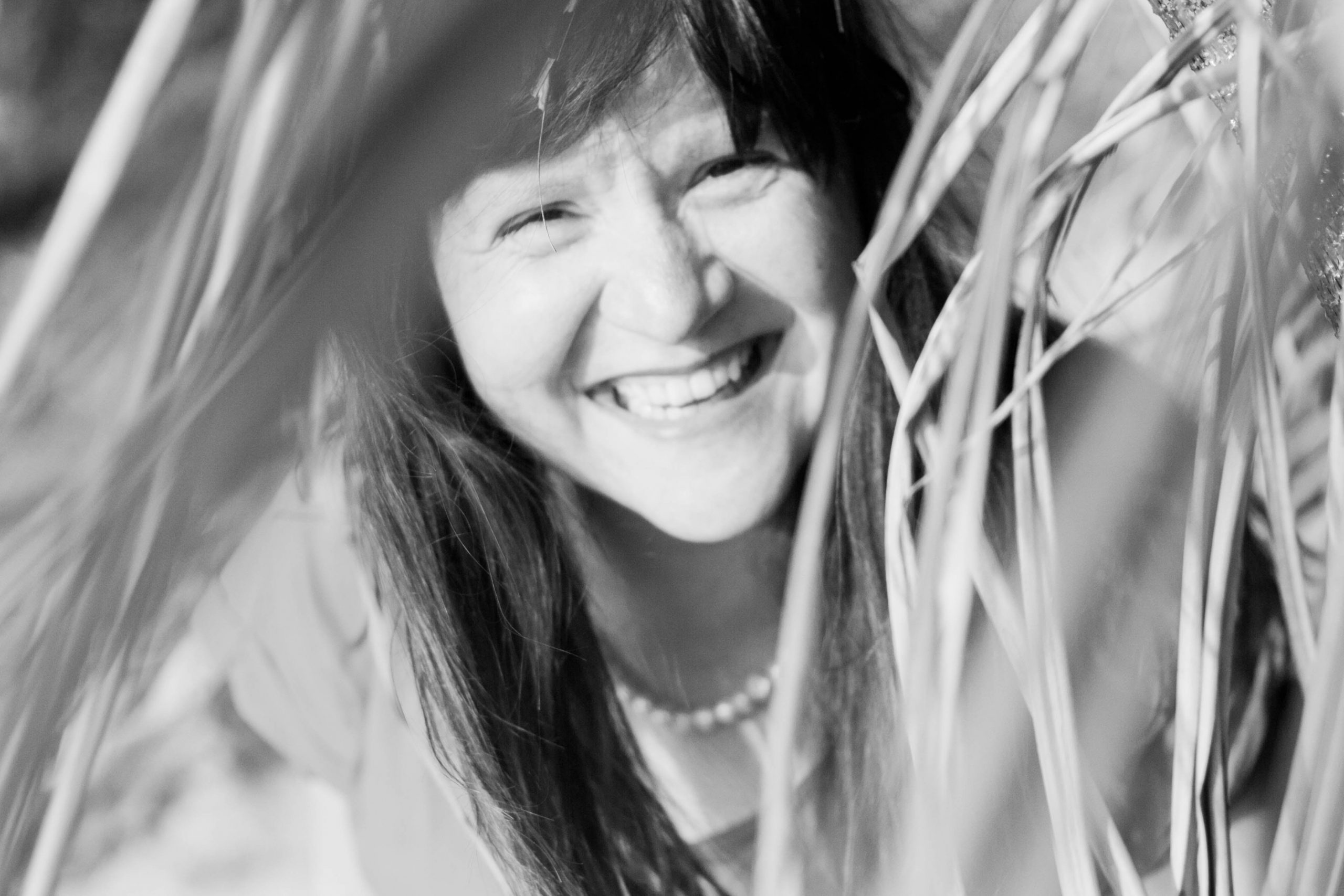 A few weeks ago we talked to Lyudmyla (Miła) Semkiv, a world traveler and member of the Mocha app, who has been working remotely for over 10 years.  From her journey working remotely, to trying her hand at traditional office-work, then becoming a nomad, we wanted to share her insights with the community.

Initially from Ukraine, Miła completed her studies and found that the best job she was offered was a night cashier position paying $50 a month, even with education and the ability to speak English.  She had been giving private English lessons and looking for a job for over 6-months.  This offer was nowhere near enough to support herself and pay back her studies.  That’s when she found a remote position for an American company.  At the time there were no real jobs to work remotely from, so she had her skepticism.  However, the company flew her out to be interviewed, hired her and signed a contract, and she began seeing paychecks.

After three months as a virtual assistant, she was promoted to HR.  At the time, Miła wasn’t even familiar with the role but she had potential and was able to prove herself.  Shortly after, she was promoted to the top head manager of the company, opening more offices in the US, and Ukraine.  It was then that Miła was bitten by the travel bug – after that, there was no stopping her from traveling.  As long as she had her laptop – seeing new places gave her a desire to work and live.

Alongside prejudices about working from home, came concerns around traveling alone as a woman.  However, this didn’t stop her.  Miła has visited around 48 countries, making friends all over the world, and has found that the majority of these countries have been friendly, open, and welcoming.   The toughest part of traveling while working is that when she first started she had to submit paperwork to travel 3-months in advance, get the Visa last minute, then book her travels.  It was not easy to plan and book in advance, such as it is today.

After four years of combining work and travel, Miła switched to a contract position with a Belgium company, working remotely from Ukraine.  As many experience with contract positions, Miła was concerned about stability and the contract extending every three months.  After the first year, however, she was able to be part of multiple contracts at the same time, so that if one didn’t have enough of a budget and closed, there was still another project to work on.

In 2018 while traveling an island in Thailand, Miła was offered a full-time position from a traditional-office in Krakow, Poland.  After years of contract jobs, being unable to plan that far ahead, and working mainly from coworking spaces, she felt that this move would allow her to feel more settled.  So, she accepted the position, came back from her trip to Asia, and started working in Krakow.

What Miła found instead of feeling a sense of stability, however, was that going into an office was a disaster.  She had never worked from an office before and longed for the freedom and flexibility she had had throughout her career previously.  She never before had to set up an alarm because she could work anytime; as long as a project was done and she stayed connected, it was fine.  Starting work in the afternoon, taking a break to watch the sun set, and working into the evening had become routine over the years.  Luckily, Miła didn’t have to be in the office all the time, coming in two days a week.

Unfortunately, while in Krakow, Miła felt she lost a source of joy and satisfaction.  She had stopped traveling, couldn’t visit her home in Ukraine, and felt secluded and pressured all the time.  She would try to find release by traveling for a few days or a week but found that it wasn’t bringing her the same satisfaction.

While the position in Krakow offered comforts, as many corporations do, such as massage chairs, ping pong, music, sports, etc. there were still all the politics and gossip that traditionally run in offices, and she found herself constantly surrounded by people she didn’t relate with.  She understood the need to go to work, but it didn’t make sense to her anymore; she felt as though the world was closing down on her, lost the will to get out of bed each morning, lost color in life, and wasn’t feeling any joy.  It became clear to her that something was very wrong, so after a few months, Miła resigned.

They offered her everything in order not to lose her – to work remotely, a part-time position, to move back to Ukraine.  But the only thing that Miła felt could help, was a break.  But how long?  Weeks, months, etc.  It wasn’t helping.  She realized that staring at a computer and not being productive, then doing everything the last day of the deadline somehow, wasn’t working.  So, they offered her a year’s sabbatical leave.

Her management cared about her health and wanted her to feel good while offering a feeling of stability and anchor while she took a break.  What that translated to was an ability to come back to her work in a year, through re-applying.  Currently, she has no income or insurance.  All shares within the company are held until she returns.  But that sense of anchorage, that there’s a plan B, and that she can go back, is what she needed to disconnect and recharge.

Miła recognizes that she has a unique position – but it’s something she worked hard to obtain.  She plays an integral role, by being able to fit many roles and has the knowledge to do so.  Being flexible has been key to job security for her.  Even when up against more qualified individuals, employers trust that they can put something difficult in her lap and that she would be flexible with it.  She feels that traveling, especially in Asia, has helped her grow in flexibility.

She also digresses that there’s a misconception that comes along with travel, with the sense that after taking a year break there’s an ability be free, to be able to travel, be able to do what they want without a job in the way, that life will change, that there will be an ability to rest, regain passions, write a book, etc.  Having a one-way ticket to Asia sounds like a fairytale where you can leave everything behind.  But the reality of the situation is that when you travel, you have to provide for yourself – you take everything with you.

Even though Miła saved quite a lot, because she saved most of her life, one big struggle is lacking a sense of security because of the restriction of being on a tight budget.  Sure, she’s in paradise, but she finds that there’s less beauty in places that are beautiful because there isn’t the affordability. While she’s started submitting resumes, there have been no replies because of the sheer competition out there.  What she has recently found, and wants to share, is that with travel and in beautiful locations you have to manage your expectations to meet your budget.

Everyone always pictures laying on the beaches in the sand.  But in reality, you have to spend 20 hours traveling then once you get there there’s music on the beach when you want to listen to the waves, everything is expensive, and you find yourself alone.  There’s comfort in meeting like-minded people, in knowing that there’s someone like you doing the same thing – which is why she has traditionally gone to coworking spaces or coffee shops, to find people like her.  People who can relate to experiences and who may be going through similar struggles.  And once you’ve had the opportunity to travel with someone, it’s more challenging to do it alone and you can feel more lonely.

Now, as a nomad, and having a partner back at home, Miła says that she wants to be happy on her own, to feel like a whole person, and find herself.  “To tell you the truth, even though I have a good resume, I’m burnt out and not functioning 100%.  You have to take care of yourself and your soul first.  So there’s some compassion and understanding around it.”  She has a passion for helping people and is trying workaway which gives her an opportunity to go to another country.

Before the pandemic that is currently upon us, Miła had agreed to go to Indonesia to work on a project preventing human trafficking and sexual exploitation.  They offer you a place to live and meals, and she would work 3-5 hours a day providing training to young children and women at risk, teaching them English and how to read and write.  With a background in project management and trauma in children, she has some experience going into this journey.  This would provide accommodation which is the biggest expense in travel and allow her to work while traveling, and do something impactful and meaningful.

Unfortunately, like many of us have experienced, Miła had to head home during the pandemic which has temporarily altered plans but allows her to be home with her partner and family.

We asked Miła what one bit of advice she would give to readers once borders open again and travel is available.  She shared that in making the transition to work remotely or be a digital nomad – the whole world is going to tell you that you’re crazy and that it’s not the right time.  There’s never a “right” time.  Take time to stop and listen to yourself – burning out doesn’t come in a day.  If you’re not happy, satisfied, motivated, or enjoying your job or life – be attentive enough to get yourself out of that toxic environment and have the guts to stop before it’s too late.  And manage your expectations once you do. 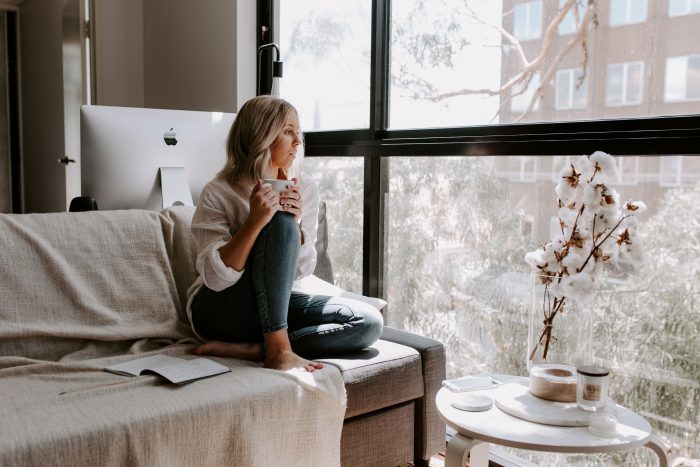 A Different Kind of Remote Work 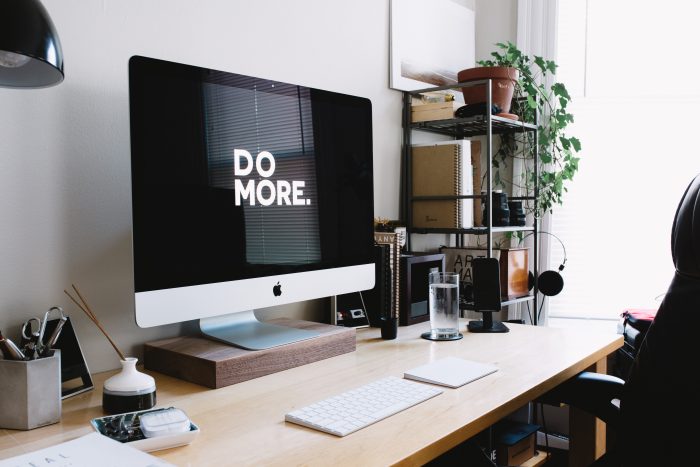